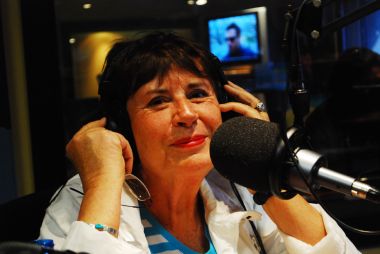 Kate Turkington started her broadcasting career with the BBC in Northern Ireland at the BBC World Service. She subsequently hosted two live BBC TV shows – Late with Kate - a current affairs talkshow, where she interviewed politicians, a prime minister or two, and newsmakers. This was followed by a prime time Saturday night BBC TV live talkshow – Kate at 8 – where guests included the best of the 60s celebs – The Beatles, Mary Quant, Harry Worth, Freddie and the Dreamers, Anthony Hopkins, Clement Freud – to name but a few – and lots of comedians, singers and groups, and once a talking dog.

While lecturing in the English Department and heading up the Television Department at the University of the Witwatersrand, Johannesburg, she regularly freelanced on SABC TV, memorably Prime Time in the 80s, and numerous educational series like Crossroads, which she wrote, directed and often presented.

Kate Turkington's Believe It Or Not, a very popular 702/Cape Talk live three-hour Sunday night talkshow offered a non-denominational but multi-dimensional approach to philosophical, moral and religious topics and issues drawn from our daily lives. The programme, South Africa's longest-running live radio talkshow with the original host in the same time slot, ran for over 20 years. She now  hosts "Travels with Kate' every Sunday at noon on Chaifm 101.9. 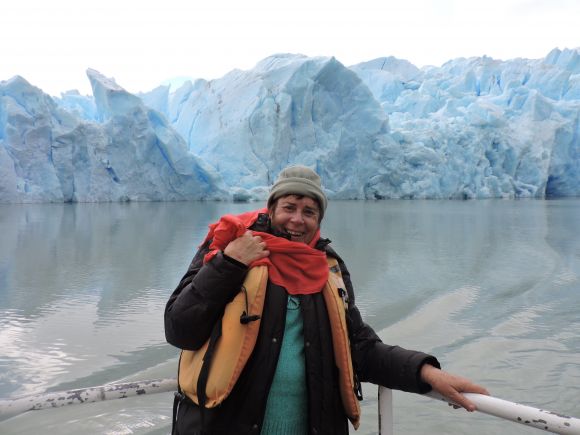 The icefields of Patagonia, October 2015

You who open many pathways and view-sites in the thick bush that is South Africa today,

You who with restless talkative energy bring different people together.

You who are a leader whose mind flows with restless vivacity.

Keep going Madame Kate until full unity and deep justice is found in our land.