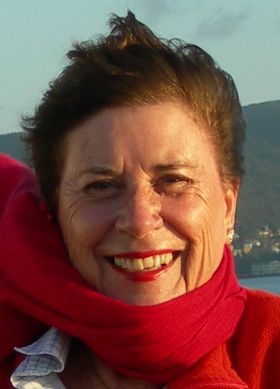 Her weekly Sunday night three-hour live Talk Radio 702 / CapeTalk talkshow, Believe It Or Not was South Africa’s longest-running radio talkshow with the same host in the same time slot. She now hosts 'Travels with Kate' every Sunday at noon on Chaifm 101.9.

She has waltzed at dawn with a Chinese dance instructor in a Beijing square, fallen over Emperor penguins in Antarctica, lunched with a rajah in Rajasthan, dined with the Comrades in Cuba, been winched over a raging torrent 9000ft up in the Andes in Peru, climbed Ayers Rock in the red heart of Australia, broken bread with monks in Tibet's oldest monastery, downed “thumbs” of pepper vodka in Russia, confronted Afar warriors armed with Kalashnikovs in Ethiopia’s Rift Valley, shivered at Everest Base Camp in Tibet, eyeballed Blue-footed boobies in the Galapagos Islands and heard the stars sing in the Kalahari ... and of course, lots, lots more ...