You're currently reading "Sri Lanka: An island like no other" an entry on Kate Turkington 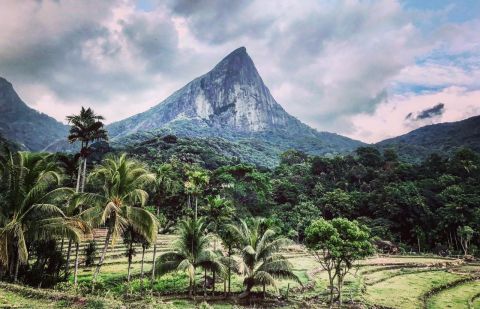 Kate Turkington falls in love with the hills, flatlands and lagoons, as well as the history and food in a country steeped in the culture of tea.

Imagine the world 1 550 years ago; it’s 470 AD and Christianity is flourishing in Ethiopia, and the Mayans are building pyramids in Guatemala and Mexico. Christian missionary Saint Patrick reaches Ireland. The mighty Gupta Empire of northern India is being invaded by Huns from central Europe.

On one of the world’s most beautiful islands – an island 19 times smaller than South Africa – a huge fort has been built on top of a natural 200m-high column of rock surrounded at its base by man-made lakes, lush gardens, moats and walls that stretch out for hundreds of metres. 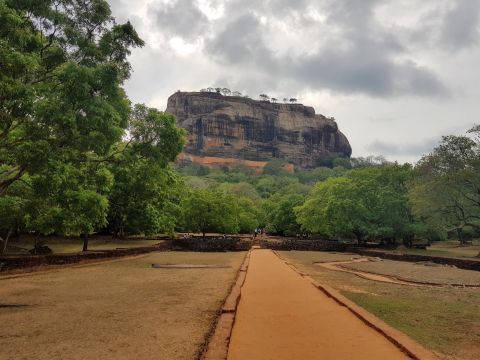 Sigiriya – or Lion Rock, so called because of a gateway halfway up in the form of an enormous lion – is just one of Sri Lanka’s eight Unesco World Heritage Sites. Its structure still baffles today’s finest architects.

My friends climb the steep 1 200 steps to the top. 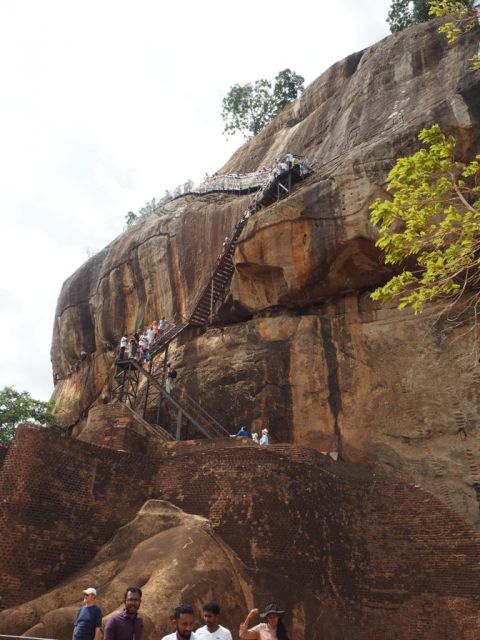 I stay below, under the shade of an enormous rain tree listening to birdsong.

Chandima, our superb Sri Lankan guide from rediscoversrilanka.com tells our small party of South Africans that this is his first tour group in five months. Tourism is the lifeblood of this island, which has had a continuous record of human settlement for more than 2 million years. 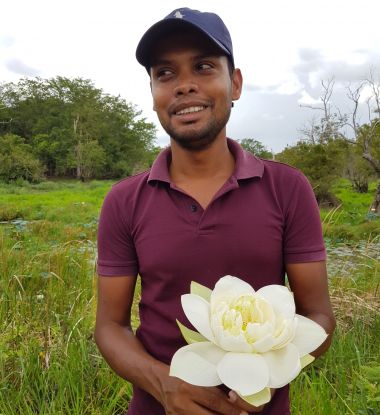 For such a small country, there is amazing geographic diversity – from pristine beaches, coral reefs and the all-encompassing Indian Ocean to mist-wreathed mountains, ancient forests and lake-studded flatlands. 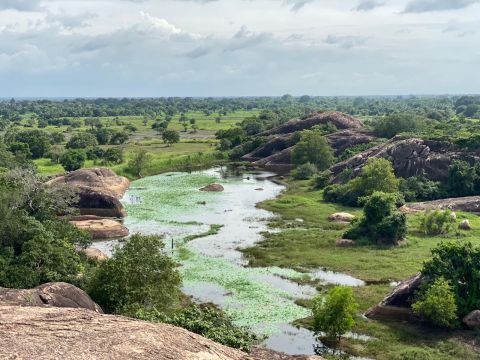 Sri Lanka has many rivers criss-crossing the island

There are 24 national parks, which are home to elephants, sloth bears, buffaloes, herds of wild boar, spotted deer, leopards and 430 bird species. 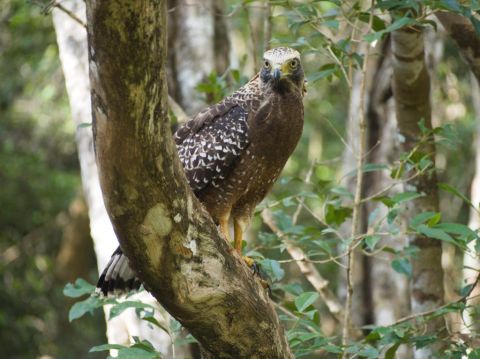 We spend the first two nights of our trip in Negombo on the west coast, an hour north of the capital, Colombo.

The beach is long and smooth, palm trees bend in the wind, and a forlorn vendor offers us handmade cotton wraps and sarongs. 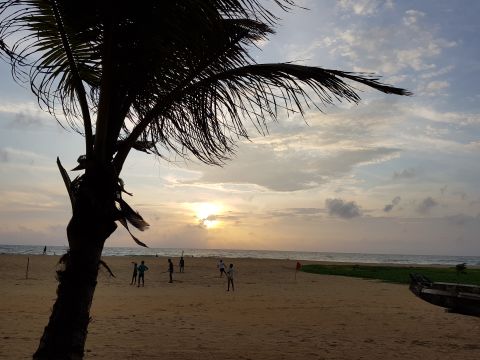 Young men are playing cricket on the beach and when we say we are from South Africa, they trot out names and high fives: AB de Villiers, Kagiso Rabada, JP Duminy and, amazingly, Hansie Cronje!

We cruise up one of Sri Lanka’s largest coastal lagoons, the Negombo Lagoon, past hundreds of fishing boats and a huge busy fish market before having a delicious fish braai cooked by a local woman in the middle of a mangrove swamp. 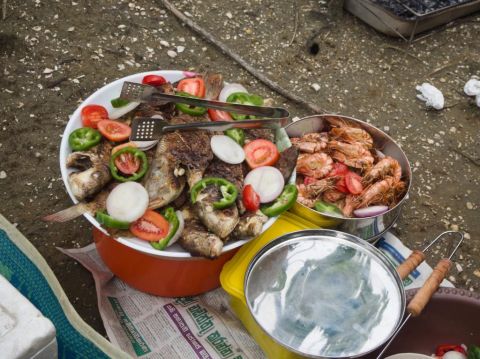 Beach BBQ in the middle of a mangrove swamp 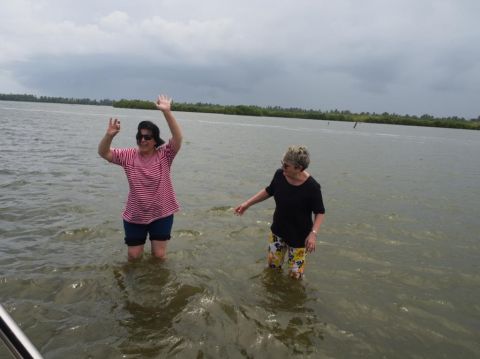 Hunting for clams in Negombo Lagoon

The beer is excellent and much the same price as South Africa’s, and local fruit juices are irresistible. I even had fish curry for breakfast one morning.

Sri Lankan history is as remarkable as its natural beauty. On one of the days, we visit Anuradhapura, one of the oldest continuously inhabited cities in the world. 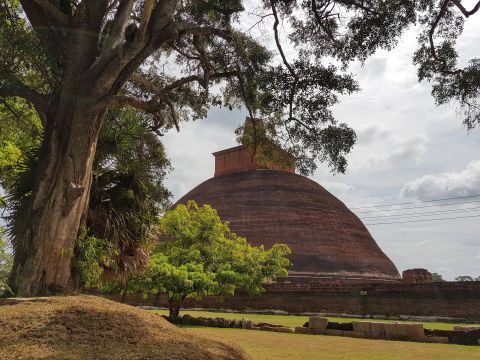 Anuradhapura, one of the oldest continuously inhabited cities in the world.

Here we learn that a branch of the sacred Bodhi Tree – the Jaya Sri Maha Bodhi, under which Siddhartha Gautama, the Buddha, found enlightenment in India – was planted almost 300 years before Jesus was born. We walk around the giant fig tree, which is believed to be the oldest living tree in the world with a known planting date (288 BC), and join hundreds of white-robed pilgrims who come to experience one of the most sacred Buddhist relics in Sri Lanka. Candles flicker in the light wind as dusk descends and fruit bats flock to nearby trees. Offerings of lotus flowers and food are placed in front of statues of the Buddha. 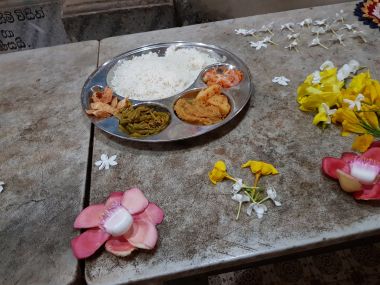 Offerings of food to the Buddha 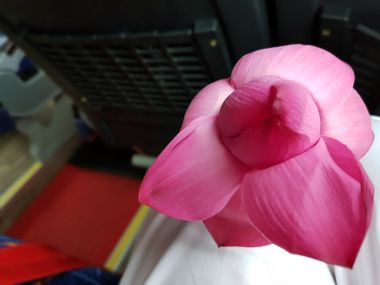 Images of the Buddha are all over Sri Lanka. 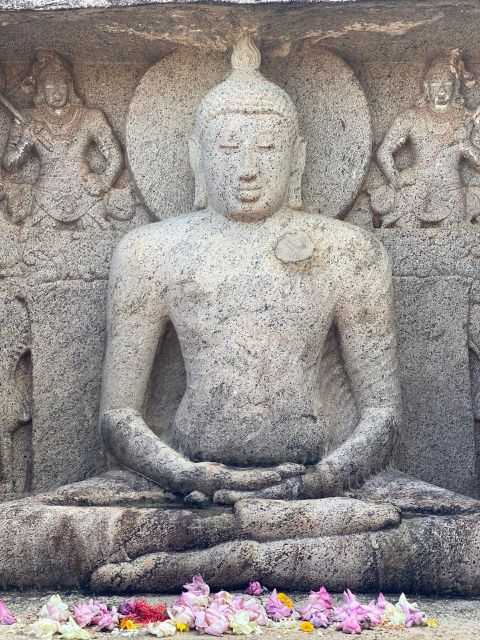 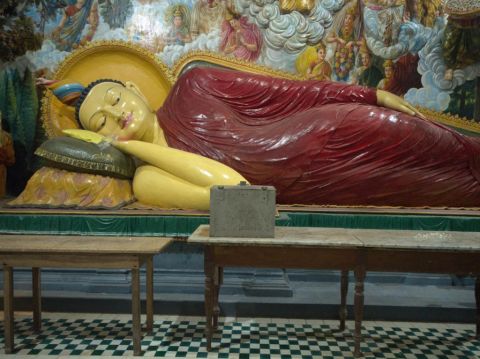 Earlier in the day, a group of schoolchildren in immaculately starched and ironed white uniforms asked shyly if they could have their photograph taken with us. Primary and secondary education is free, as are school uniforms and books. At 85% literacy, this small country has one of the highest rates of literacy in the developing world. Teaching is a highly valued and respected profession.

In the cool Central Highlands, we visit a tea plantation where women carry out the back-breaking task of picking tea leaves by hand. 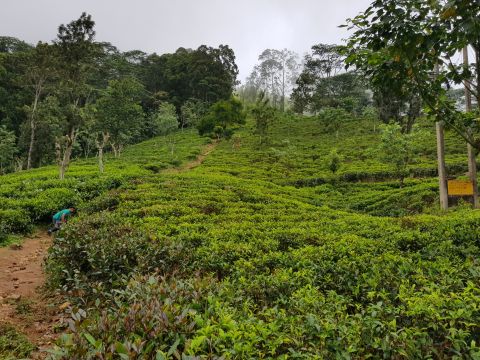 Only the very top, tender leaves of tea bushes are acceptable and an average load per person per day is 15kg. Most of the drying and sorting processes are still done by hand, as they have been since 1867, when a British planter first introduced the crop. Sri Lanka is now one of the largest producers of tea in the world, employing more than 1 million people in the sector, and its fine teas are still known by the former name of the country – Ceylon.

En route to Kandy in the Central Province, the stunningly beautiful last capital of the country’s ancient kings, we stop at an Ayurveda spice garden. 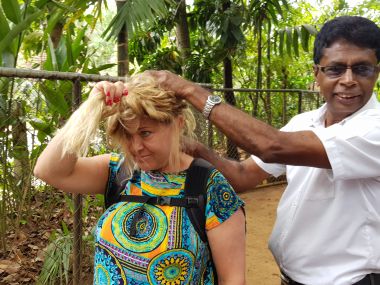 As he gives us each a neck massage, Ayurveda specialist Sharma tells us: “We know that health and wellness depend on the delicate balance between mind, body and spirit.”

Armed with sandalwood and other oils, herbal medicines and specific potions prescribed by Sharma, whose degree hangs on the wall of the store, we drive to the cool “cloud city” of Kandy, which is situated on a lake and surrounded by misty mountains. 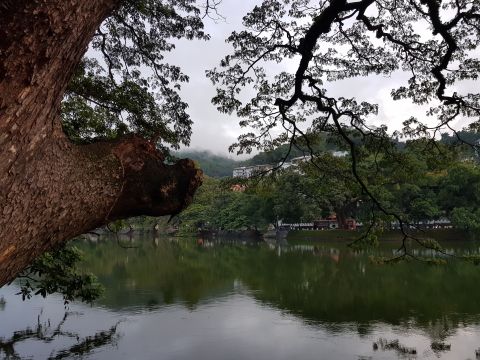 Kandy - once the royal capital 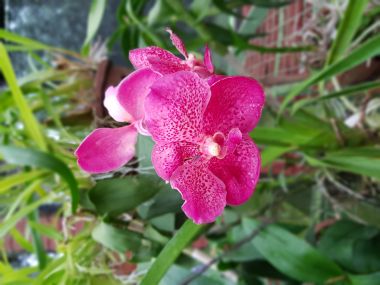 In Kandy we walk round the 200-year-old Royal Botanical Gardens that are one of the wonders of Asia. Even in the rain their beauty and diversity took one's breath away. 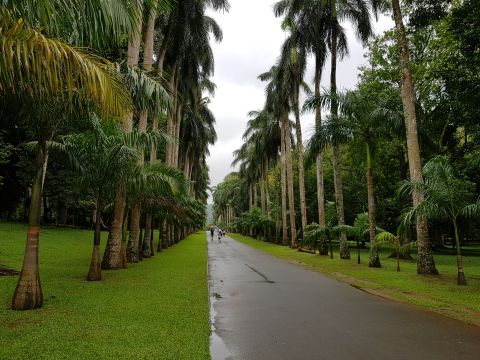 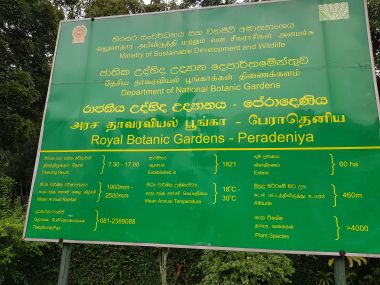 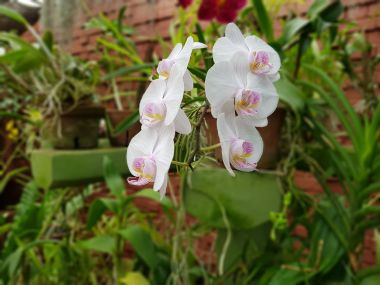 On one of our last nights, we watch a firewalking ceremony. We sit in a row of chairs in an old building beside the lake and a metal tray that is about 3m long is placed in front of us. Coals are scattered on it. Petrol is poured on to the coals and lit and, whoosh, a fiery pit is at our feet. Small coals roll off the tray perilously close to me. Flames dance, drums roll, horns screech, unflinching men in brightly coloured loincloths holding fiery torches march barefoot firmly through the fire. 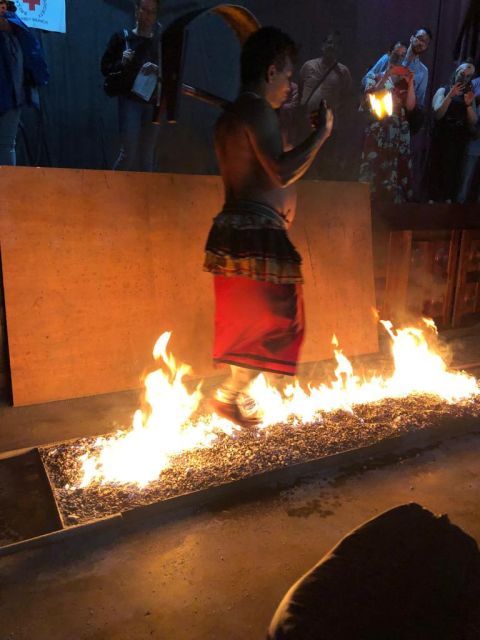 As flames lick at our feet, a sign on the wooden wall declares: “Site safety starts here.” 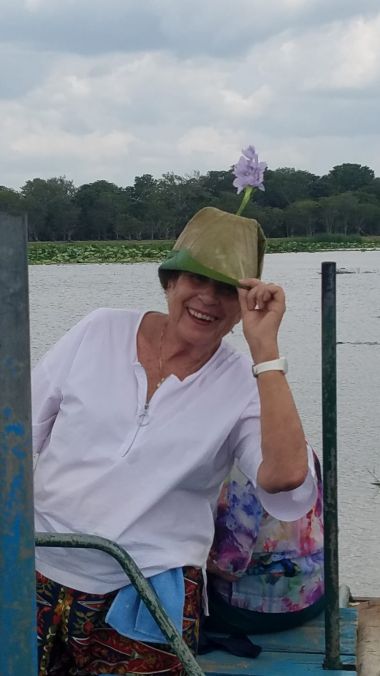 Green gear -- a hat made from a water lily leaf.