Tracking is in my blood… 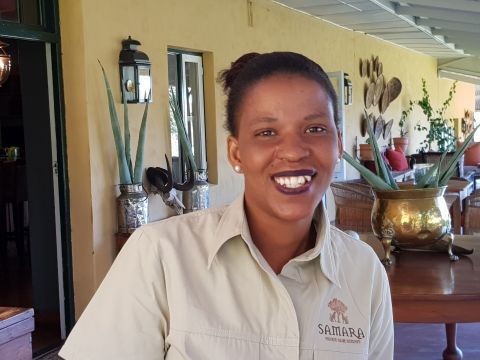 Once upon a time Justa Frans’ ancestors roamed vast areas of Southern Africa where for thousands of years they lived a traditional hunter-gatherer lifestyle. The men did the tracking and hunting, the women the gathering of plants and berries for food.

But over the centuries that ancient way of life was eroded by southern Africa’s turbulent history, resulting in her people’s subsequent relocation, upheaval, displacement and change.

Today the settlement of Platfontein, about 22km from Kimberley, in the Northern Cape, is home to the Kwhe and !Xun descendants of the San Namibian trackers. In the 60s they were first deployed by t he Portuguese Angolan military forces in Angola, and later in the 70s by the former SA Defence Force in the Namibian struggle for independence.

After that war ended many chose to relocate to South Africa.

Frans’ family was one such. This 25-year-old was determined to keep alive her Kwhe family traditions so she made a choice. She rejected the modern hip-hop culture burgeoning in Platfontein and is threatening the old folklore, storytelling, traditional music and healing dances.

“I didn’t want to lose my culture,” she tells me as we sit on the stoep of the Karoo Lodge in the award-winning Samara Private Game Reserve located on 28 000 hectares of wilderness in the middle of the Eastern Cape.“I chose tracking,” Frans says. 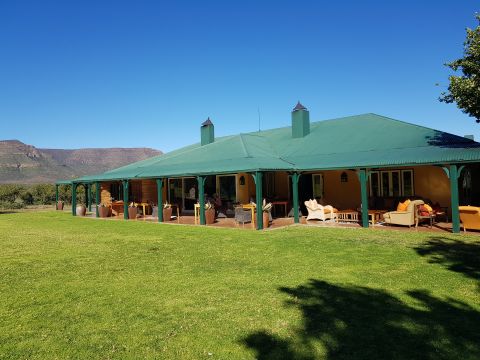 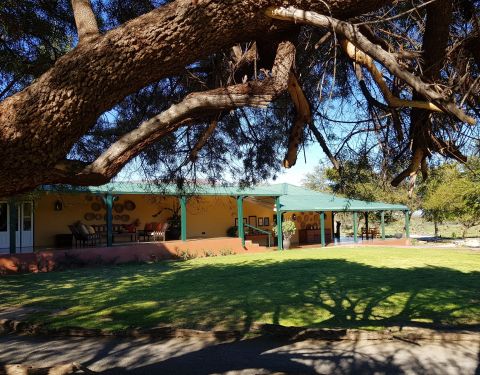 After leaving school in 2015 she attended !khwa ttu San Culture and Education Centre in Yzerfontein, just an hour’s drive from Cape Town.

The mission of this privately funded NGO since its inception in 2006 is to train young San people about their heritage and to celebrate their culture – past and present.

However, it’s not only an educational centre but also a unique adventure and cultural destination where visitors can take guided tours with an elder, go mountain biking, or have a herbal tea tasting and San language session.

“I first studied nature guiding, botany, animals and birds,” says Frans quietly as the sunset begins to paint the Sneeuberg mountains in a palette of red, orange and gold and the shadows lengthen on the plains of Camdeboo.

Then last year she graduated from the Sact Tracker Academy, a training division of the SA College for Tourism in Tswalu, South Africa’s largest private game reserve in the Northern Cape.

It’s a fully accredited training programme with the Culture, Arts, Tourism, Hospitality and Sport Sector Education and Training Authority and is the first tracker training school in South Africa to achieve this distinction.

Frans graduated with a Level 3 tracking qualification that requires a 90% score.

“I was taken into the bush. I thought it was just a classroom day. But it turned out to be the exam.”

She is now working as an intern at Samara Reserve that also has a tracker academy on site, and hopes to be appointed to a permanent position. She is thrilled that Samara has recently become home to the first elephants and lions in the region for more than 170 years. 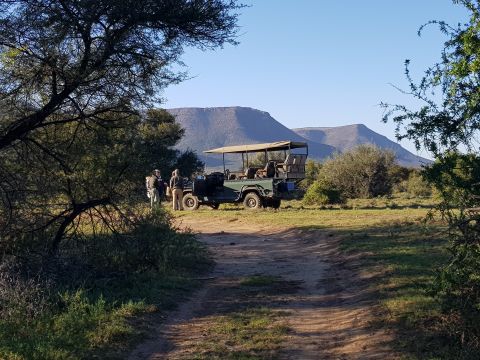 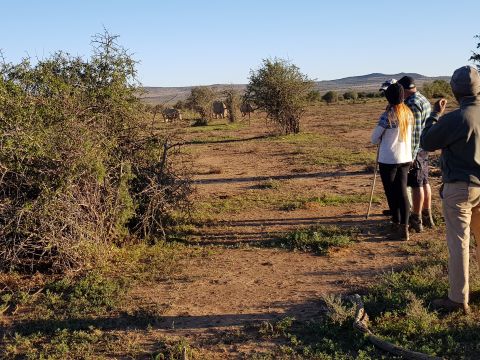 Tracking rhinos on foot at Samara 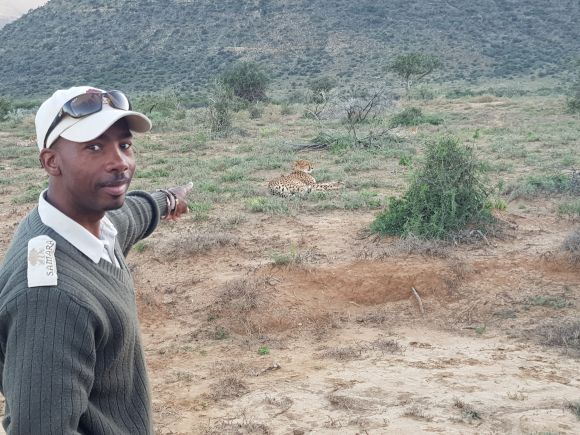 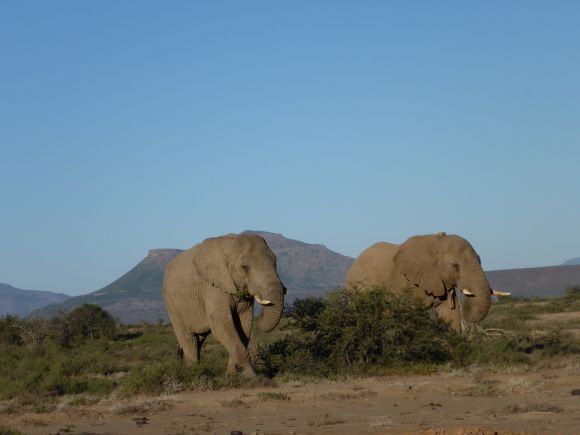 ...and the first elephants

Her favourite bird is a bokmakierie, “because of its colour and all its different calls”, she says.

And her favourite animal?

“A springbok – also for its colour – and because it’s a symbol of our rugby team,” Frans says.

She loves rugby but admits she is scared of snakes even though she now knows quite a lot about them.

“But I would never let guests know that!”

She laughs as she tells me that guests are usually very surprised to have a woman tracker on their guided game drives and bush walks.

“I love to see their faces!” 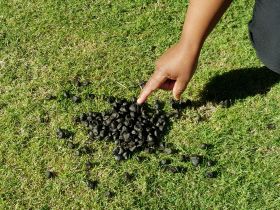 Her ambition now is to get her driver’s licence and to teach other students, especially women, tracking skills.

Manager of the Sact Tracker Academy, Alex van der Heever, believes that Frans’ success will inspire other young women to follow in her footsteps. Already two young women are enrolled at the academy and are hoping to graduate this year.

“Tracking is in my blood,” says Frans firmly. “I know that in the past it was only the men who did the tracking but now a woman can too.”

About to start tracking...

She adds shyly: “Sometimes now the men are a bit jealous.”