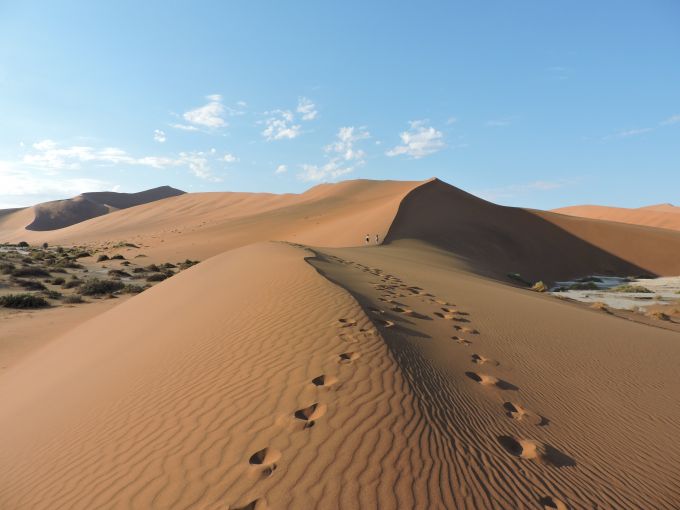 
This is a country like no other African country – in fact, like no other country on earth. It’s a vast Big Sky country with the world’s oldest living desert, 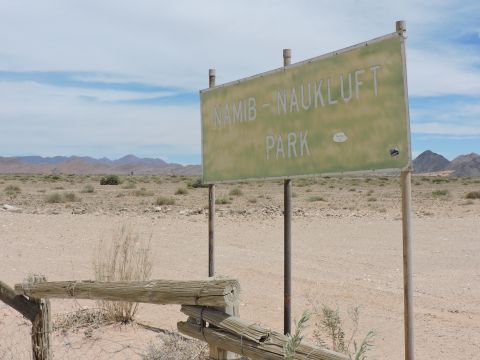 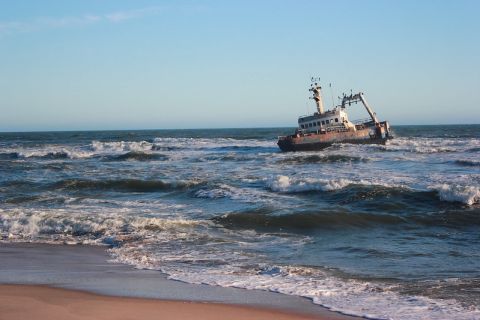 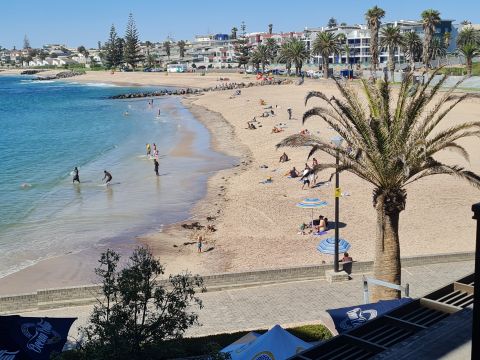 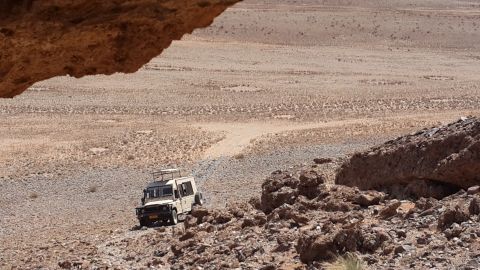 Climbing to a rock art site in the Namib desert 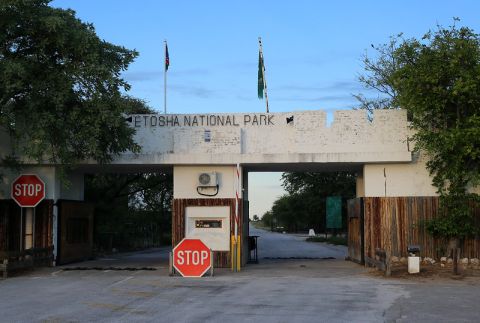 and all this combined with first world infrastructure, international accommodation standards and an outstanding reputation for hospitality.
And there’s more.
The road between Swakopmund and Walvis Bay is one of the most unusual and beautiful in the world – the blue sea on one side and towering sand dunes on the other. You may well have heard of Namibia’s famous Etosha National Park, with its fabulous game viewing, but there’s also the Namib-Naukluft Park, one of Africa’s largest (bigger than Switzerland) with the oldest plants in the world, 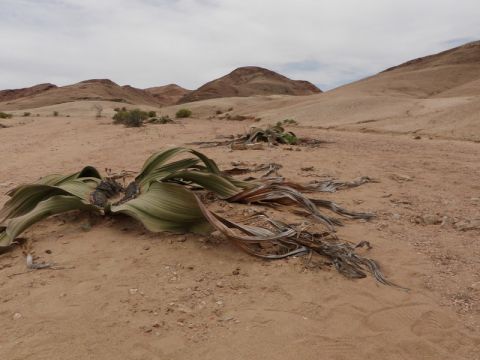 A welwitschia plant, the world's oldest living plant. They can live for over 1 000 years

the amazing desert elephants, sand dunes that roar, move and grumble, and some of the planet’s strangest living things. On the Skeleton Coast, that stretches one-third of the west coast, expect crashing seas and surreal shorescapes littered with old shipwrecks where brown hyenas (strandlopers) prey on huge seal colonies. A cross marks the spot where the Portuguese navigator Captain Diego Cão and his exhausted crew first set foot in Africa in 1485.
Much further north, is one of Namibia’s best-kept secrets – the Caprivi Strip –a mini Okavango Delta, full of meandering waterways, rivers, forests and marshes where elephant, buffalo and sable antelope roam. 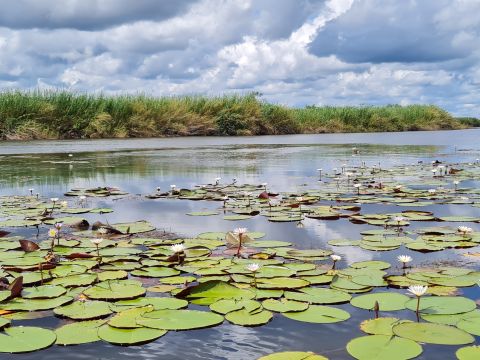 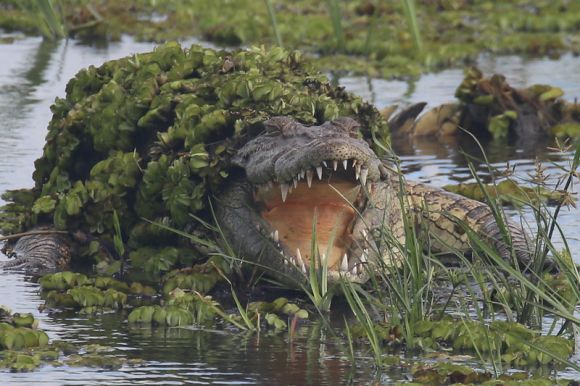 Trying to disguise himself? 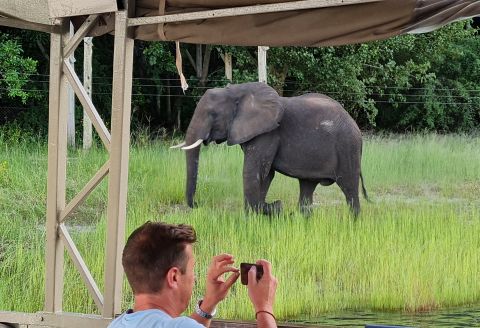 Game-viewing from the river 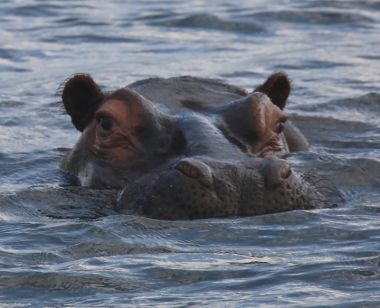 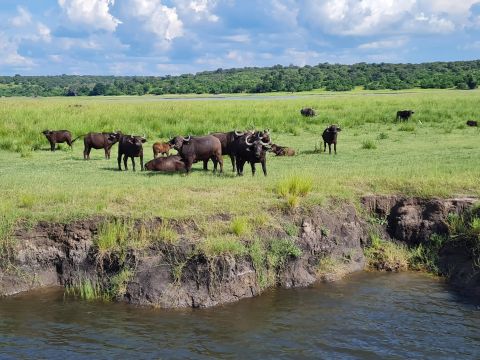 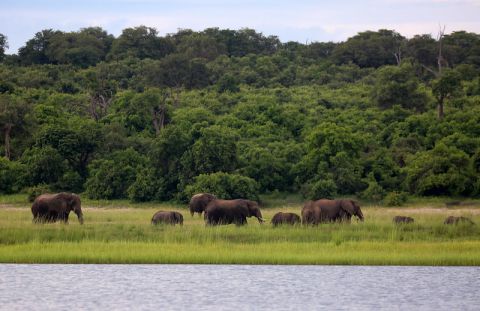 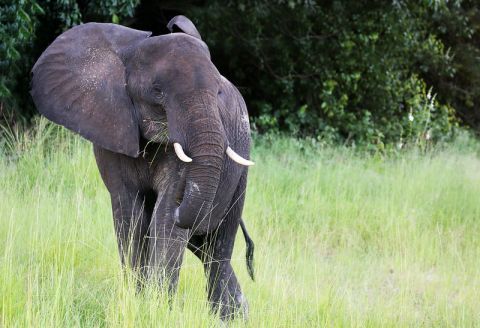 Namibia covers well over 800 000sq km, and with a population of only two and a half million sometimes it seems that you have this amazing country all to yourself.

I’ve just spent an amazing few days in Namibia with a small group of fellow travel specialists hosted by Abenteuer Afrika Safari and O&L Leisure Hotels & Lodges.
From Etosha National Park in the north where we stayed at the lovely Mokuti Etosha Lodge, 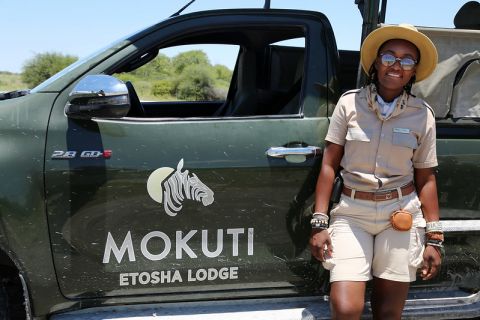 to the Strand Hotel in Swakopmund in the south west, 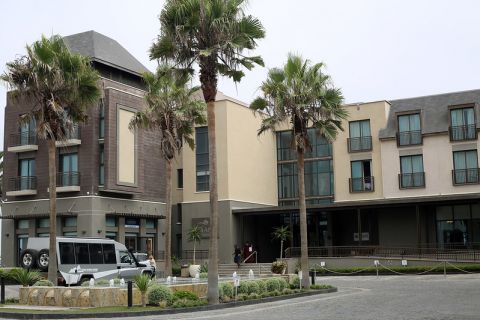 and then on to Chobe Water Villas in the water wonderland of the Caprivi Strip bordering Botswana. 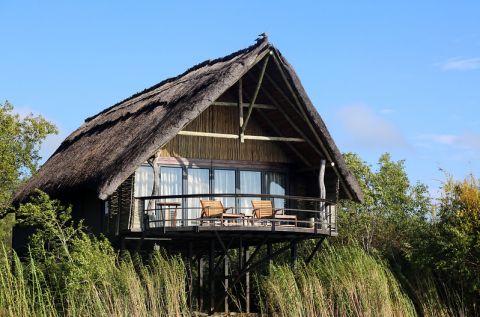 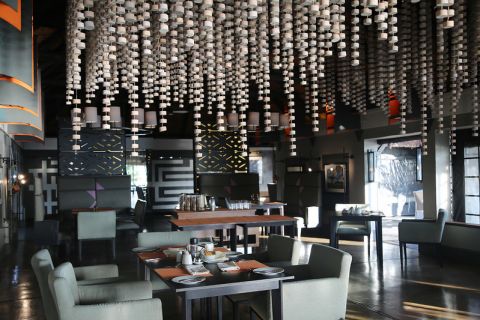 We watched wildlife, strolled along the Swakopmund promenade, saw dolphins, seals and whales on our boat excursion from Walvis Bay, and then got close up and personal with hundreds of birds, elephant and buffalo herds, pods of hippos and a solitary lion as we cruised in style along the scenic Chobe river. 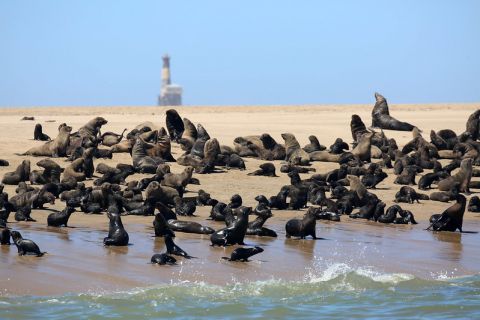 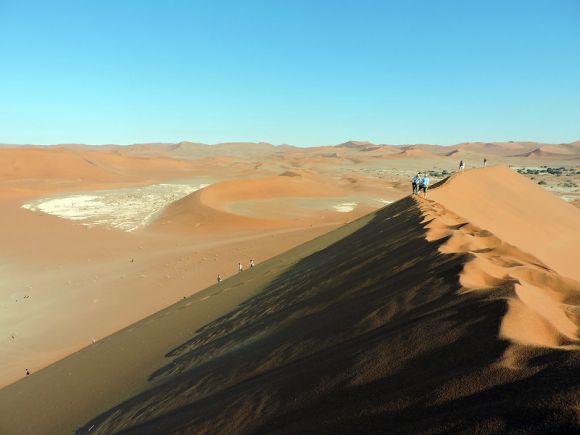 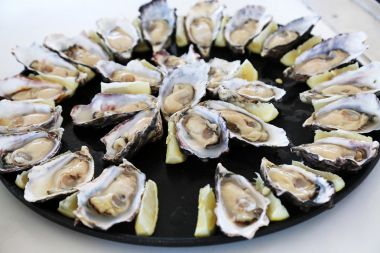 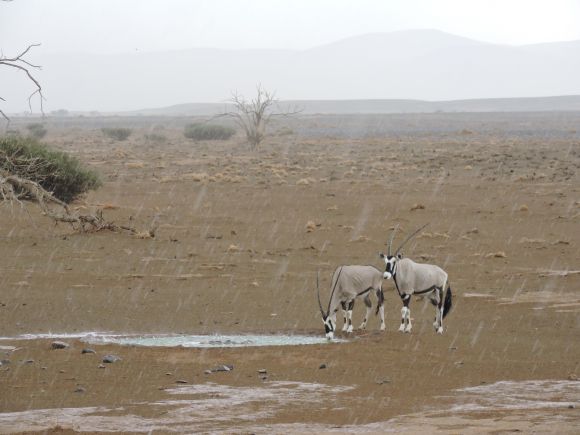 Oryx in the Namib desert in very uncommon rain 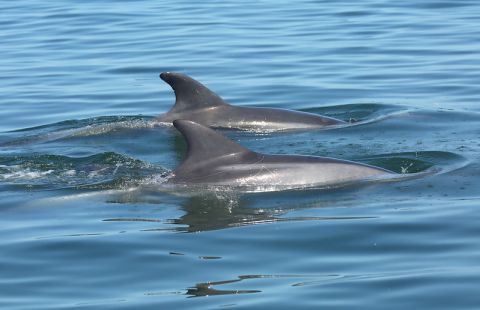 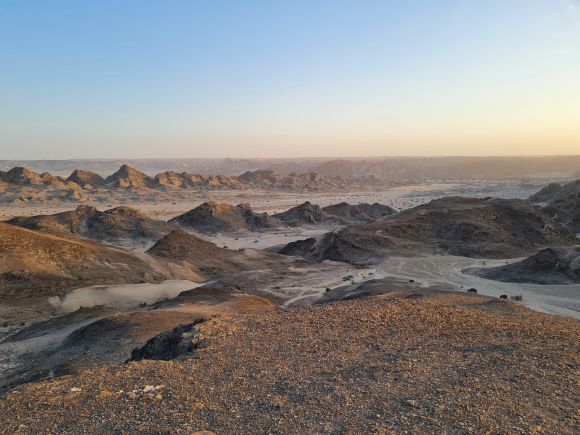 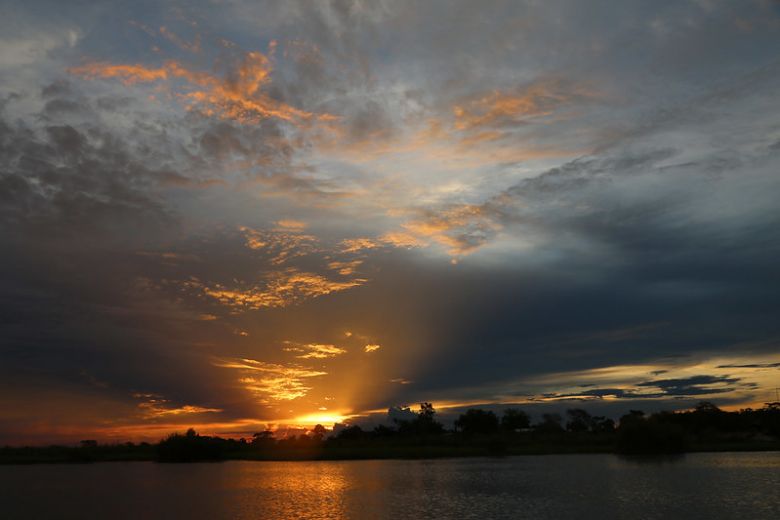 But you’ll have to go and see for yourself…