You're currently reading "Morocco – land of mystery, mountains, ancient kingdoms and much more…" an entry on Kate Turkington

Morocco – land of mystery, mountains, ancient kingdoms and much more…

At one moment you are in a setting straight out of a Foreign Legion fantasy – stone-built white forts against a blazing blue sky amidst sweeping dunes; the next in a centuries-old market place where tiny shops huddle side by side and it’s impossible to walk two abreast in the narrow alleys between high walls where heavily laden donkeys have right of way. 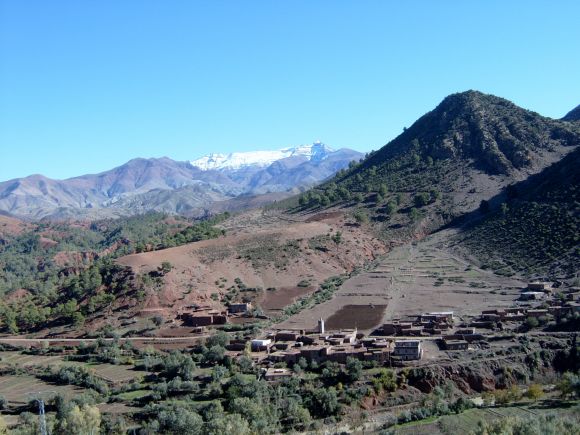 A village framed by the Atlas mountains

Visit the world’s third largest mosque (non-Muslims welcome) in Casablanca, so huge that Rome’s St Peter’s can fit comfortably inside with room to spare. The mosque itself holds 25 000 followers, with room for another 80 000 in the courtyard.


Or barter for leather goods in Fez and watch age-old techniques of dyeing at the dye pits.

The Romans always knew a thing or two about finding a good spot. Volubilis was the Roman Empire’s farthest capital. Today it is a UNESCO World Heritage Site with buildings, columns, temples, a forum and remarkably preserved tessellated pavements, all standing open to the sky on a high plateau.

Volubilis, once a mighty Roman capital


Most of Morocco is wildly beautiful, but perhaps one of its most spectacular sights is at Benhaddou, where massive mud and clay structures rise from great boulders alongside a shallow meandering river. If you’re a movie buff you will have been here. Scenes from Gladiator, Lawrence of Arabia, Jesus of Nazareth were all filmed here, and the acclaimed TV series Game of Thrones is still being shot in and around the mighty walls. 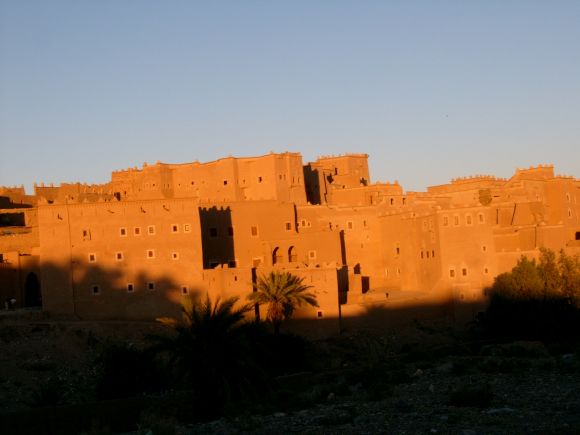 Benhaddou - location for many movies


Djemaa El Fna, the main square of the fabulous city of Marrakesh, is the throbbing pulse of this lovely city, framed in the distance by the snow-covered peaks of the Atlas mountains. Snake charmers, horse-drawn carriages, jugglers, vendors, musicians, acrobats, food sellers, drummers, fortune-tellers – all peddle their skills and their wares in the very heart of the city’s markets and souks.
It’s like being in the middle of an Arabian Nights fairytale.
Morocco has always been a legendary destination, from ancient times up to well into the 19th century, when travellers followed ancient caravan routes to and from the royal cities of Marrakesh and Fes, across the great Sahara to other parts of Africa – Niger, Timbuktu and the Sudan.
Now modern travellers are once again finding their way there. 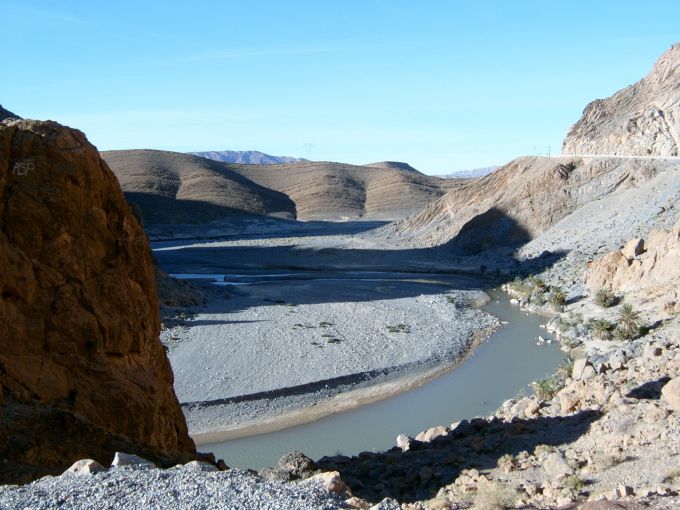 
If you’re looking for an African destination that is very different from the stereotypical images of safari, bush and the Cape, then make your way to Morocco.
I can’t wait to go back.