You're currently reading "The battlefields of KwaZulu-Natal where Boer, Brit and Zulu engaged in bloody conflict" an entry on Kate Turkington

The battlefields of KwaZulu-Natal where Boer, Brit and Zulu engaged in bloody conflict 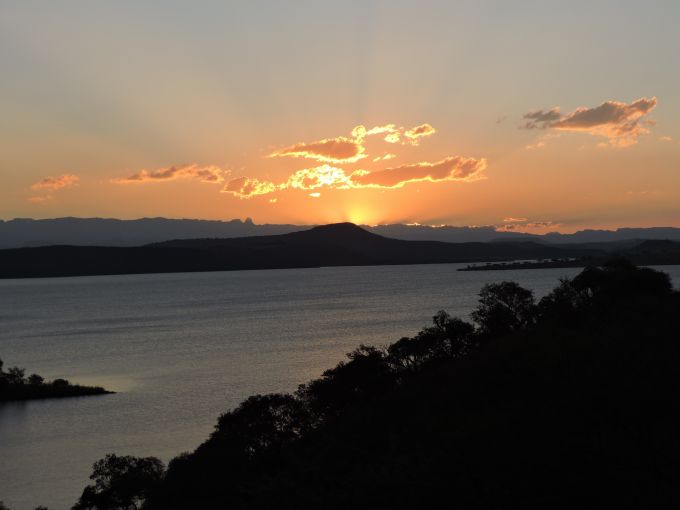 Did you know that central and northern KwaZulu-Natal was the centre of bloody conflicts that changed the course of South African history, and severely dented the confidence of the British Empire? That this green and peaceful land, for 70 years, was the stage for some of South Africa's greatest dramas? And that the area is home to the largest concentration of battlefields in the southern hemisphere?

Early in March I spent time at the historic Spionkop Lodge, hosted by Lynette and Raymond Heron and their family. Raymond is not only a master storyteller, historian and superb raconteur, he is also a Fellow of the Royal Geographical Society. 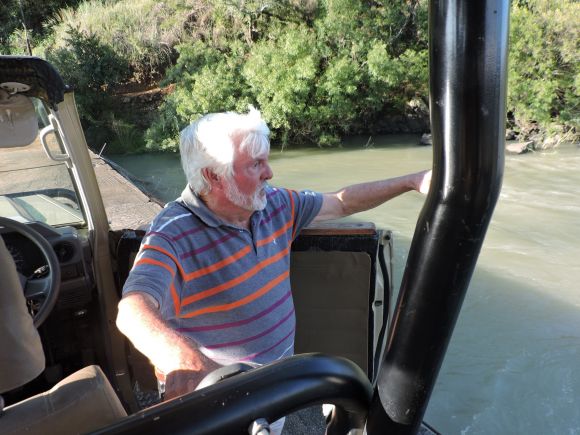 His knowledge of the South African War is amazing, and he recounts its facts mingled with fascinating anecdotes gleaned from historical documents, and sometimes from family members of those who fought and died in the wars who have shared their ancestors' stories with him. But first, I paid a visit to the site of the Battle of Blood River, where a circle of bronze ox wagons commemmorates the very spot where 460 Voortrekkers including men, women and children, defeated a strong Zulu army. 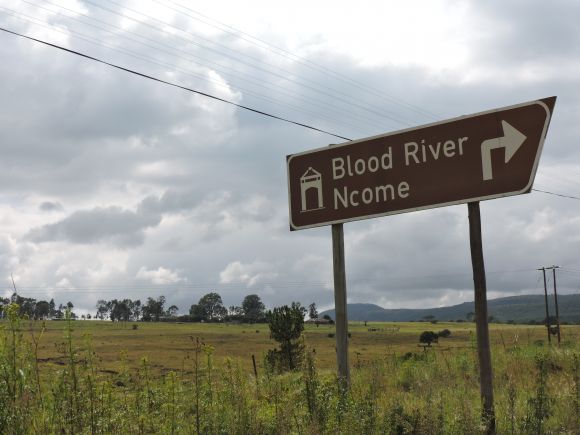 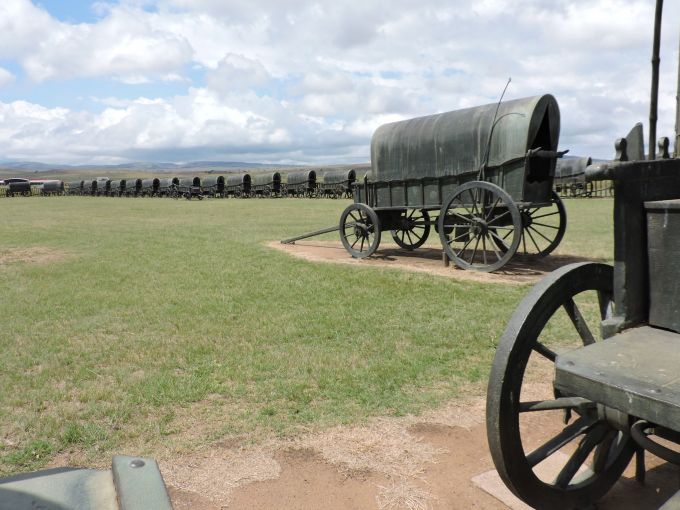 The striking bronze memorial to the Battle of Blood River, 1838

Another dramatic battle was fought on January 22, 1879, at Isandlwana, where 20 000 Zulu warriors routed the British army. Back in England, the public was humiliated by such a defeat, especially as many of the British soldiers, under the command of Lieutenant-General Lord Chelmsford, were seasoned troops who had earned their stripes in India and Egypt. 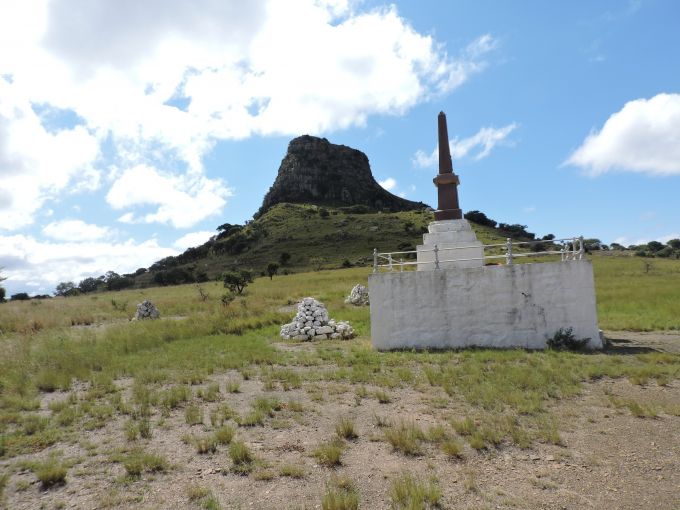 The battlefied of Isandlwana whose topography remains unchanged to this day 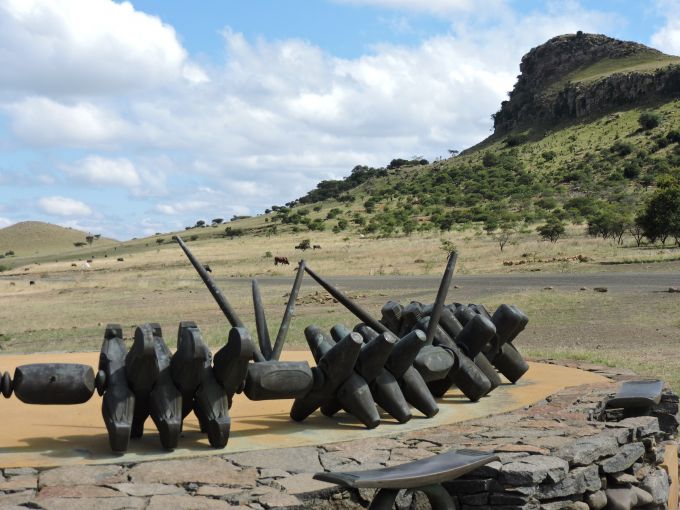 The Zulu Memorial at Isandlwana

On the same day, at the Swedish mission station of Rorke's Drift not far from Isandlwana, just over a 100 British soldiers ('the heroic hundred' as they became known) held off a force of some 4 000 Zulu warriors and were later awarded 11 Victoria Crosses, Britain's highest military award, and the most ever awarded in a separate military engagement. 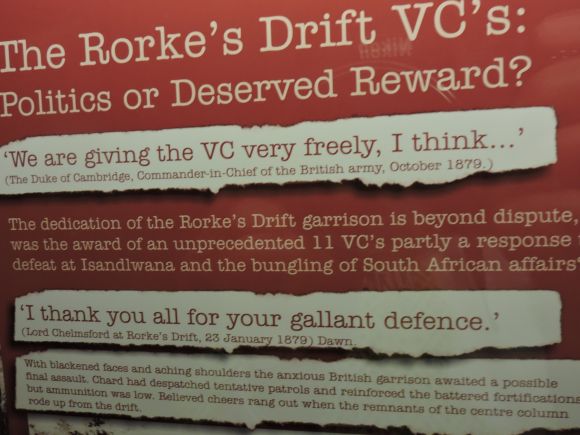 11 Victoria Crosses were awarded at the Battle of Rorke's Drift 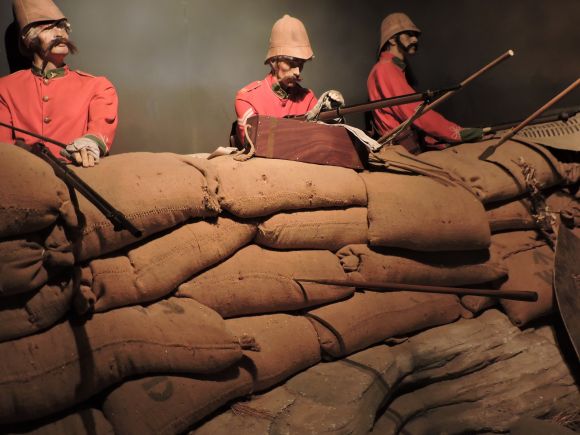 Fighting off the Zulus at Rorke's Drift

But perhaps one of South Africa's most poignant battlefields is the lonely hill of Spionkop, where, in Raymond Heron's words, ' one of the bloodiest and perhaps, most futile battles fought during the South African War of 1899-1902' took place. The British were soundly defeated and 243 soldiers were killed. The Boer forces lost only 68 men. 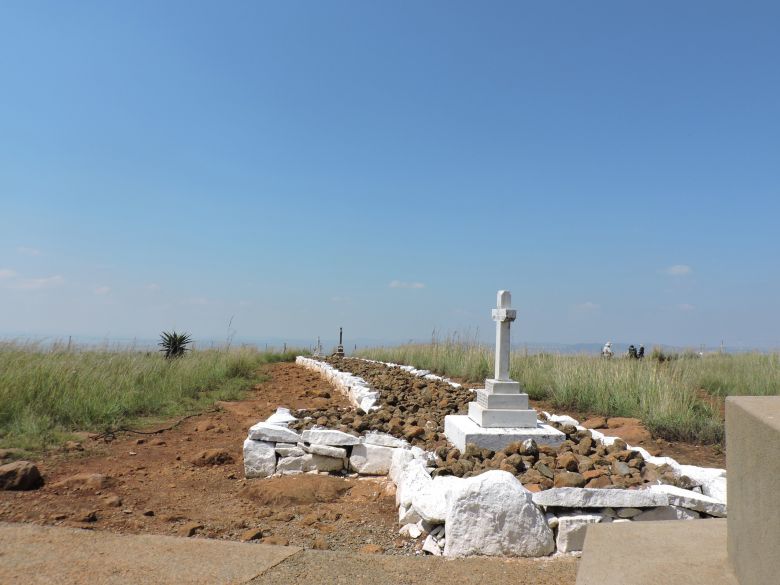 The mass grave of British soldiers on top of Spionkop hill.

Three men were on the hill that day. If any one of them had been killed, the whole course of world history would have changed. The three men? - Winston Churchill, Mahatma Gandhi and General Louis Botha.

But go and see for yourself. You'll never forget your visit.